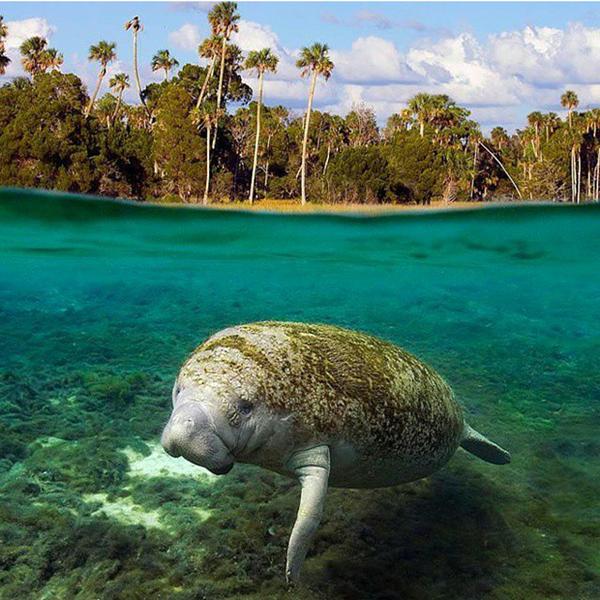 The Florida Manatee – Subspecies of the West Indian Manatee

The United States is the only country where you’ll find the Florida manatee. And since some of us Florida manatees very much enjoy traveling adventures in the summer, here are the states you might find us visiting during these warm weather months; Alabama, Mississippi, Louisiana, Texas, Georgia, South Carolina, North Carolina, Virginia, Maryland, Delaware, New Jersey, New York, Connecticut, Rhode Island, and Massachusetts.

As for the size of us West Indian manatees – well, we’re really BIG! Our average size is about 10 feet long and our average weight is between 800 to 1,200 pounds. We have wrinkled skin and our color is gray. We’re usually seen with some green algae hitching a free ride on us. Our large whale-like bodies thin out to a flat paddle shaped tail. We also have two forelimbs or flippers. And each flipper has three to four nails at its tip.

It’s interesting to note other sirenians include; the Amazonian manatee, the West African manatee, the Dugong, and the Steller’s sea cow (now extinct).

The West African manatee is also a vegetarian. It’s actually the least researched and known of the three main manatee species existing today. However, it has many similarities to the West Indian manatee. It can found along the west African coast in the countries of; Angola, Benin, Cameroon, Chad, Congo, Ivory Coast, Equatorial Guinea, Gabon, Gambia, Ghana, Guinea, Guinea-Bissau, Liberia, Mali, Mauritania, Nigeria, Senegal, Sierra Leone and Togo. Its average length is 10 to 13 feet. And its average weight is just less than 1,100 pounds. 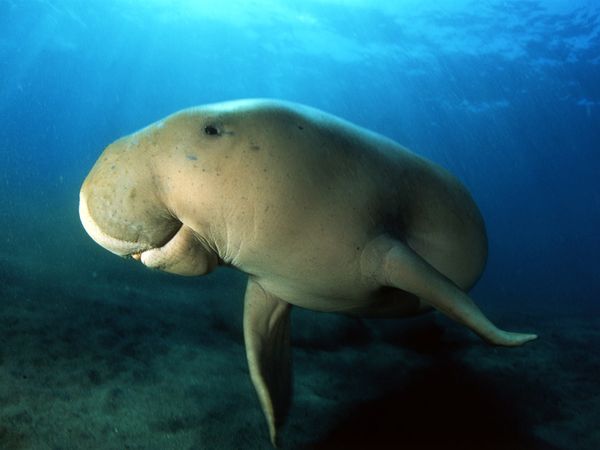 The Dugong is related to its manatee cousin. Once again, it is a vegetarian and can be found in warm coastal waters from East Africa to Australia. These waters include the Red Sea, Indian Ocean, and the Pacific Ocean. The main difference between dugongs and manatees is that the dugong’s tail is fluked like a whale’s tail. Its average length is 8 to 10 feet. And its average weight is 510 to 1,100 pounds.

Steller’s sea cow sketch, from the journal of Sven Waxell

Finally in 1741, Georg Wilhelm Steller, a naturalist from Germany, discovered the Steller’s sea cow, which is now extinct. Steller was part of a ship expedition to map the coast of Alaska. A storm wrecked their ship and crew. As a result, Captain Bering and the St. Peter were stranded on an island. They stayed alive by eating the meat of the enormous sea cow and rebuilt the ship. They finally sailed home to Kamchatka in 1742.

Stay tuned for more manatee facts coming up in a future blog!